Iv’e decided to write this  short article called “Dwarf and Micro Dwarf Tomato Differences” because among some newcomers there seems to be some mix up between the two. There are some very distinct differences which I will cover, in the hopes that things will become more easily understood! First let’s cover Micro Dwarfs.

What Is A Micro Dwarf Tomato?

Micro dwarf tomato varieties have been around for a long time. Unfortunately, not many people gave them a second look. In the last 5 years or so, I have made it my personal mission to bring more light to them. I feel that by promoting these beautiful things, they can bring some serious joy to a new class of growers, which include, but is not limited to, the elderly, kids, school projects,  indoor growers and patio growing enthusiast. Micro Dwarf tomatoes are easy to grow, require very little space and they also ripen quickly. Some people even successfully grow them in a sunny window without any special or enhanced lighting.

Micro dwarf tomato plants seldom grow taller than 12 inches. Very often, they are shorter than 8 inches. The smallest varieties of Micro dwarf tomatoes, such as Baby and Micro Tom, produce plants that are only about 3-4 inches tall. I usually grow them indoors and under T5 HO lights. When possible,  I like to stagger my crops about a few weeks apart. In September I start some, then three weeks later I start some more. So that rotation kept going all year round.

Not Many Variations Of Micro Dwarfs On The Market.

As far as I know, Micro dwarf tomatoes are mostly different shades of reds and yellows. We recently grew out Rosy Finch, which is a very pretty pink. Although some micro varieties may have a tinting of other colors, the main colors available are red and different shades of yellows.  All of the varieties so far are cherries. There are differences in sizes though. Florida Petite is a red, medium to larger cherry, while Pinocchio Orange is a orange, smaller delicious fruit. As far as taste, that differs widely also. So trying a few varieties may benefit the grower tremendously. I personally tried about 20 varieties before I decided on some of my favorites. We now grow closer to 40.

What Are The Cons Of Growing Micro Dwarf Tomatoes?

The biggest down-side of growing micro dwarf tomatoes is that they only produce cherry fruits. So far the largest fruits I have harvested have come from Florida Petite. These are about twice the size of the average cherry tomato. Another downside is that most are determinate or semi determinate. I often get a second smaller crop from most varieties. Many varieties will produce sucker branches that will produce a second wave of fruits after the main crop has been harvested. With care, I have had many varieties produce for an entire year. Micro dwarf varieties do not require any containers larger than 1 gallon. Mine are grown in 3/4 gallon pots, with much success! I have not tried growing them in the ground. Some have said that it works with good mulching.

So What About Dwarf Tomatoes, Curtis?

Cutting to the chase, Dwarf varieties are not as short as 12 inches. Most dwarf varieties are between 2 and 5 feet tall. The majority that we have grown (almost 175 varieties) are about 3 feet tall. A good number are between 2 and 3 feet tall. Dwarf varieties will also do well in containers that are 3 gallons or larger. Smaller than that probably would not work. When growing in the ground, dwarf varieties perform as well as non dwarfs. Among the dwarfs you would also fine determinate, indeterminate and semi determinate cultivars. Fruits can range from cherry to large beefsteaks to oxhearts and more. So dwarfs are much more versatile than Micro Dwarfs are. Though some staking is usually required, the process is not as intense as non dwarf cultivars. I have had much success with medium sized tomato cages and the Florida weaving method.

So in a nutshell, Micro dwarfs are under 12 inches tall, produce cherry tomatoes and perform well in 3/4 to 1 gallon containers. Dwarf varieties will grow between 2 and 4 feet, produce a multiplicity of colors and shapes, do well in 3-5 gallon containers with enough care, has a wide range of sizes(cherries to 1 pound plus) and can be indeterminate, semi-determinate and determinate. Dwarf tomatoes are easily grown in the ground, while micros will perform better in pots.

I hope this article has helped to clear things up for you. Blessings, my friends! 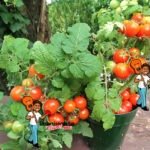 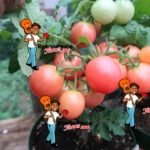 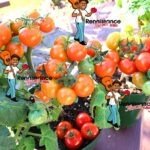 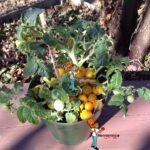 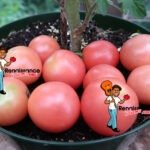 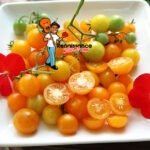 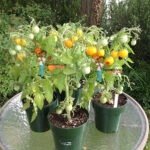 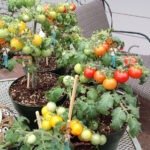 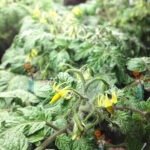 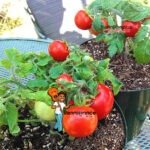 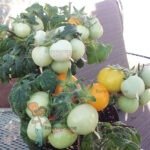 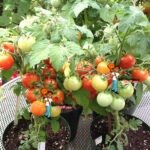 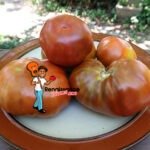 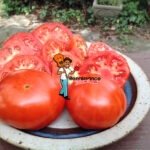 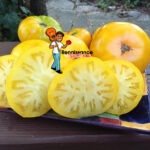 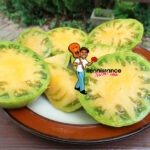 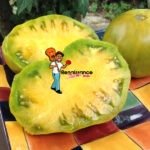 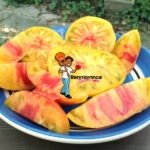 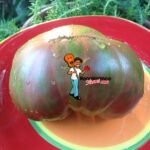 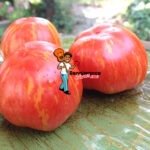 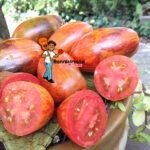 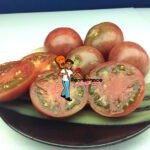 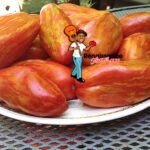 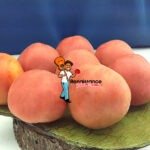 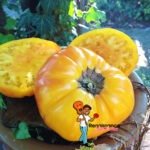 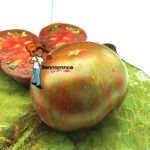 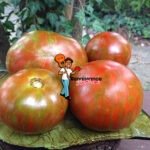 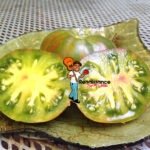 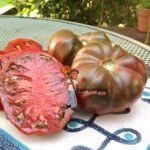